Administration of Muslims of all Georgia releases statement

Administration of Muslims of all Georgia releases statement 26 October, 2020  16:44 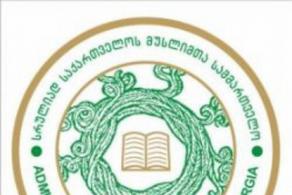 The Administration of Muslims of all Georgia releases a statement.

"The President of France, Emmanuel Macron, has promised to spread a caricature of Muhammad. His actions aiming to legalize disrespect against Muhammad caused dissatisfaction and concern among all Muslim countries as well as Muslims in Georgia.

Georgia's Muslim clerics believe that such an aggressive and irresponsible approach to Islam harms interfaith relations, causes a decline in tolerance, and encourages Islamophobia. Under the pretext of various radical groups, the abusive actions towards the holy person, beloved by millions of Muslims, are entirely insulting and disrespectful to the followers of Islam. We consider it a completely baseless, unsubstantiated accusation that "Islam today is a religion in crisis in all parts of the world," the statement said.