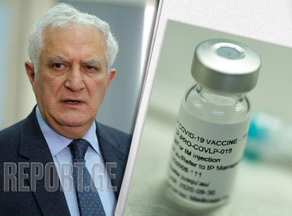 According to Amiran Gamkrelidze, the Director-General of the National Center for Disease Control, Georgia will receive the new American NOVAVAX vaccine.

According to Gamkrelidze, Georgia has started direct negotiations with the manufacturer of NOVAVAX. The money has already been transferred, and the vaccine will be donated with the United Nations International Children's Emergency Fund's help.

"I was confirmed today that the money has already been transferred to UNICEF. The rest, what the COVAX platform will announce, I know nothing about. We received an offer from the COVAX platform that a second very promising, new American vaccine will be placed on COVAX in 2 months, and we were asked if we wanted the vaccine. Georgia will receive this vaccine from COVAX, but we also have direct negotiations with the manufacturer of NOVAVAX to receive additional doses," Amiran Gamkrelidze noted.