Amiran Gamkrelidze: It was an alarm signal 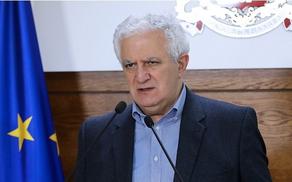 "At first there was an alarm signal at the Lilo market, so we started a ten-day mass, large-scale, PSR testing, about 4,800 people were examined," the head of the National Center for Disease Control said.

"On the first day, we had four cases, then only two cases out of 4800. There was no selective survey at the Lilo market. Everyone who worked during that period got tested. At the other fairs, we started random sample surveys, and the special protocol was made according to how many people worked there. We had excellent cooperation with the market heads; it was well organized. The study of 500 samples at the so-called Dinamo market completed yesterday, and none of them were positive. Today the Eliava market research will end; there are already about 350 samples, all of them negative, but it is not over yet," Gamkrelidze said.

According to Gamkrelidze, fairs are places with a large number of people, and the risk is increased, which is why studies were conducted.

Gamkrelidze noted that if necessary, studies will be conducted in other markets in the future.