An 18-year-old girldies during nose surgery in Rustavi 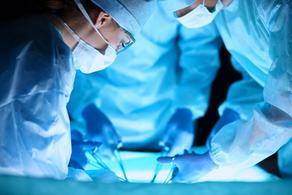 An 18-year-old girl died in Rustavi. The patient was going to have nose surgery.

According to the family members the death was caused by narcosis overdose.

The Ministry of Internal Affairs stated to Report.ge that the investigation started in accordance with the Article 116 of the Criminal Code of Georgia, which means Involuntary manslaughter.