Ana Natsvlishvili: This guy was oppressed and we couldn't protect him! 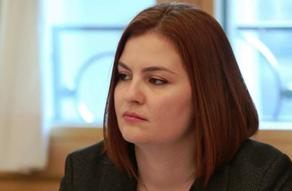 Ana Natsvlishvili, a member of "Lelo for Georgia," publishes a post on the social network, congratulating Georgian sportsman Zurab Datunashvili on winning a bronze medal on behalf of Serbia.

It is a painful victory for us, this guy was oppressed, and we could not defend him!

His competition and victory on behalf of Serbia remind us of the reality that diminishes and destroys us every day!

But Zura's fight is an example that there is no defeat in a fair fight, you can change the trajectory and tactics, but the fight must be won!" Ana Natsvlishvili writes.

Zurab Datunashvili brought a bronze medal to Serbia at the 2020 Tokyo Olympics.