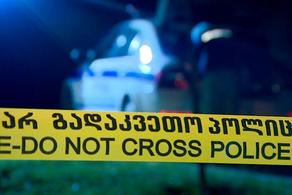 According to the Ministry of Internal Affairs, another individual has been detained over the Chechelashvili street murder case. The detainee, identified only as D.T. (DOB 1988), is facing the charges of giving false testimony to the court and a failure to report a particularly grave crime.

"Perpetrators of similar crimes receive prison sentences of three to seven years. Two other offenders involved in the same case have already been detained: the first, known only as G.Z. (DOB 1991), is facing the charge of premeditated murder and the other, identified as B.B (DOB 1988) has been charged with non-reporting of a particularly grave crime. The investigation is underway," the statement by the MIA reads.