April 10 declared a day of state mourning in Georgia 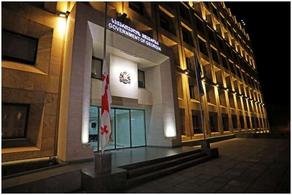 National flags will be lowered throughout Georgia before 12 p.m., April 11.

April 10 has been declared a mourning day in Georgia to commemorate Georgian citizens whose tragic death on April 7, 2021, shook the entire country.

Four bodies of Georgians who tried to reach Georgian government-controlled territory via the Enguri river but were flown away were washed ashore near the Shamgona village on April 7.