Around 10 people involved in conflict near Nadzaladevi Metro 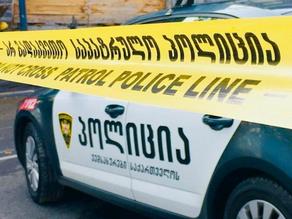 About 10 people have reportedly been involved in an altercation near the Nadzaladevi Metro Station, Tbilisi.

Witnesses say that a man broke the window of a nearby vehicle to pieces.

Patrol police officers have arrived at the scene. An investigation is in progress.