Around 5,200 tested at Lilo and Donamo Markets 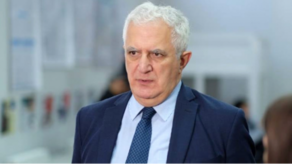 A total of 4700 employees at the Lilo market have been tested for coronavirus, with six of them proving infected, according to Amiran Gamkrelidze, the head of the NCDC. The contacts of the infected are also being traced, with the numbers not excluded from growing.

About 500 people have reportedly been tested at random at the so-called Dinamo Market, with all of them proving virus-free. The same testing procedure is reportedly being held on the so-called Eliava Market. Gamkrelidze says that other markets will also be subject to inspection.

Georgia reported the first case of the novel virus on 26 February 2020; the WHO labeled it a pandemic on 11 March 2020. China saw its outburst in December of 2019; on 21 January, the country confirmed that the disease was contagious and declared quarantine in its two cities.