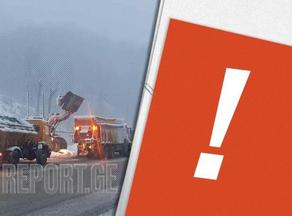 The Roads Department has issued a statement saying traffic restrictions have been imposed on Georgia's some road sections.

"All modes of transport have been banned from the Gudauri (Posta)-Kobi section of the Mtskheta-Stepantsminda-Lars highway, which is of international significance due to increased avalanche risks.

On the Mleta-Gudauri (Posta), Gudauri (Posta)-Kobi, and the Stepantsminda-Lars section, traffic flow will be possible in a non-stop mode.

The movement will be carried out under the direct supervision and coordination of the patrol police," the Roads Department says.