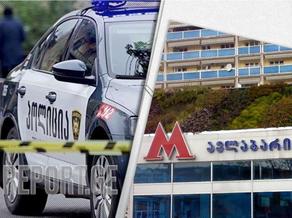 Avlabari Metro Station, which has been closed after an armed raider entered the Bank of Georgia building, has been opened.

The attacker has already been apprehended, and his hostages released.

The 28-year-old offender broke into the bank two hours ago.