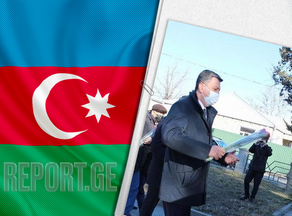 Azerbaijan's Ambassador to Georgia Faig Guliyev has visited the "Shahid" (Martyr) monument in Yormuganli village of Sagarejo region erected in memory of the victims of the tragedies of January 20, 1990 (Baku) and April 9, 1989 (Tbilisi).

The embassy staff, Chairman of the Board of the Azerbaijani Businessmen's Union in Georgia Nariman Gurbanov, relatives of the January 20 martyr Alasgar Gayibov and residents joined the visit. They laid carnations at the memorial and prayed for the martyrs who sacrificed their lives for Azerbaijan and Georgia's independence.