Ballot papers not given to voters at Kutaisi electoral precinct

Ballot papers not given to voters at Kutaisi electoral precinct 31 October, 2020  10:43 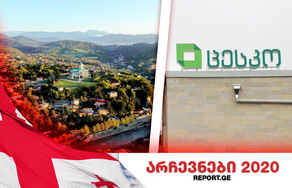 A rule has been violated at Kutaisi N39 polling station. Commission members say that 15 voters were not given ballot papers for extraordinary elections of the mayor at the electoral precinct. A complaint has also been filed afterward.

The chairperson of the election commission confirmed this information.

The tenth convocation of the parliament is elected in Georgia today. At precisely 8 a.m., all electoral precincts have opened in the country.

Citizens can vote at 3,657 electoral precincts across Georgia, with 52 of them opened abroad, including two in Afghanistan. Eleven special polling stations have been opened at penitentiary institutions, and 127 for self-isolated and quarantined citizens, who are in special lists.