Bidzina Ivanishvili about the importance of education

Bidzina Ivanishvili about the importance of education 9 November, 2019  19:29 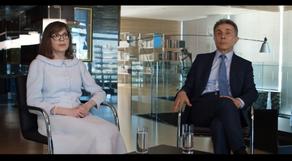 “As you are already aware Kutaisi historically and traditionally bears the function of educational center and I believe that Kutaisi was the best selection. Despite that it took lots of time I think that it was the right way to develop the project”, said Bidzina Ivanishvili.

According to Ekaterine Khvedelidze, the International Education Center financed by their family upon the completion of the construction works will be handed down to the state. Kutaisi International University will host its first students in 2020.

Watch the full version of the interview by the attached video: