Body washed away by the sea in Poti 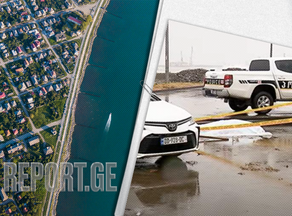 A body was found on the seashore in Poti, in the island district.

Police and ambulance teams are on the scene. The initial examination did not reveal any damage to the body, but it was transferred to the forensic bureau.

The body of the man has been identified. According to family members, he was apparently cleaning up the area and developed a heart attack.

According to the Ministry of Internal Affairs, the investigation has been launched under Article 115 of the Criminal Code, which means driving an individual to suicide.