Chugoshvili: Last time I represent Georgia at Council of Europe 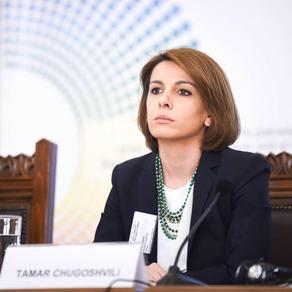 “I will represent Georgia for the last time during 3-day period in the Parliamentary Assembly of the Council of Europe”, reads the statement shared by Tamar Chugoshvili.

According to Chugoshvili, the Parliament has not created a new delegation yet, which means it is still her responsibility.

"During the past 3 years, my colleagues, co-workers and friends put an incredible amount of investment in this international structure to represent the country. A special event will be held in Strasbourg today, followed by two days of the Bureau meetings. I think the main message of this format will be the case of Vazha Gaprindashvili. This is the issue I will talk with PACE leaders, hopefully this will help him and his family”, Chugoshvili stated.

Tamar Chugoshvili, the former First Deputy Chairperson of the Parliament left her position after the bill on proportional electoral system at the plenary sitting was rejected

Georgia will become the Chairman of the Committee of Ministers of the Council of Europe starting from today until May 15, 2020.

Georgia will take over France at the meeting of the Council of Europe.

During this period, Georgia will organize up to 20 events within the framework of the Council of Europe.