Citizens must send Happy New Year wishes via Skype, according to Kulumbegov 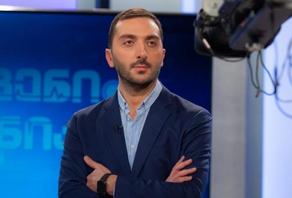 Medical Doctor at Center of Allergy and Immunology Kulumbegov says that Georgian citizens will have to send Happy New Year wishes via Skype. According to Kulumbegov, the country has reached its peak of COVID-19 spread and cannot endure more. "Considering that the country with its three and a half million citizens ranks first with its virus spread worldwide and its death toll has passed 1,000, with 30-40 daily deaths reported daily, we can conclude that it has reached its peak. Our country cannot endure more," Kulumbegov said and once again called on citizens to avoid unnecessary socialization.

Following the decision of the Inter-Agency Coordination Council, Georgia-wide restrictions will be stiffened from 28 November.