Citizens of which countries will be subject to quarantine? 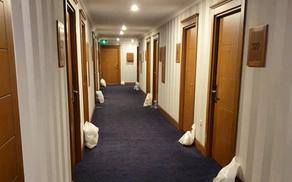 Citizens who are not from the five European countries with which we have opened borders will be required to be quarantined for 14 days, according to Natia Turnava, Minister of Economy and Sustainable Development. She also added that if the representatives of these five states had traveled to unsafe areas before entering Georgia, they will be subject to compulsory PCR tests, with its expenses incurred to them.

Following the decision by the Interagency Coordinating Council, Georgia will open its borders unconditionally to the following five countries: Germany, France, Latvia, Lithuania, and Estonia.

In making the decision, the Council took account of the fact that some countries opened their borders to those which are not on the list of safe countries.

Residents of the mentioned five countries will be entitled to enter Georgia for all kinds of purposes via direct flights only.

Before crossing Georgia's border, they will fave to fill in a special electronic form in which they will have to include the countries they had visited before entering Georgia, their location while staying in the country, contact details, etc.

In the case of high body temperature, they will have to undergo PCR tests.

Citizens having traveling in non-EU countries during the last 14 days, will be tested and quarantined.

A special call-center team will regularly contact and provide foreign citizens with consultations during their stay in the country.

Georgia has not opened borders to those EU countries who themselves refused to admit Georgian citizens there.