Confrontation between members of National Movement and Georgian Dream

Confrontation between members of National Movement and Georgian Dream 15 January, 2021  14:00 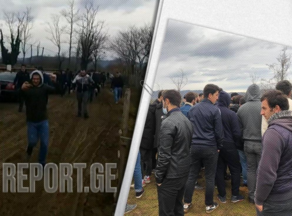 Beso Katamadze asked Vasil Chigogidze to fulfill the promises made to the locals; the case concerns the construction of a mosque in the village. Members of the Georgian Dream called Katamadze a provocateur.

Another meeting between the Christian and Muslim population in the village of Buknari will be held today, after the prayers. Representatives of the government will also attend the meeting.