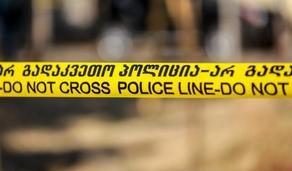 Sanitation workers have reportedly found a corroded bomb in one of the houses in Batumi on Javakishvili street. An elderly man  who was in the house was taken to the police station and interrogated.

MIA employees are already looking into the case. The investigation has been launched under article 236 envisaging illegal purchase and storage of ammunition.