"Data Papa is dead" - Data Vanishvili, who lives in the occupation zone, has died 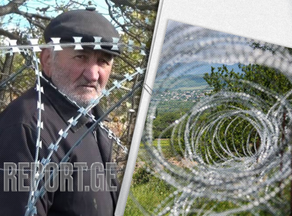 "88-year-old Data Vanishvili, living in the occupation zone, died in Khurvaleti," journalist Davit Kakulia writes about it on the social network.

As the journalist writes, Data Papa died before he could free his house from the wire braids.

"Data Papa died. One of the most prominent symbols of the struggle against the Russian occupiers died. He died before he could free his house from the wire braids. What agreement, what political ambitions, at least agree on this one, go to the Khurvaleti and show respect," writes journalist Davit Kakulia.

Data Papa was a resident of occupied Khurvaleti, who was most active in contact with international visitors. He did not recognize the de facto republic and stated that he was a citizen of Georgia and did not intend to give up his house. Data Papa himself has been arrested several times for contacting visitors at the dividing line and even attempting to cross it several times.

Data Papa has been seriously ill in recent months; his health condition has worsened several times.