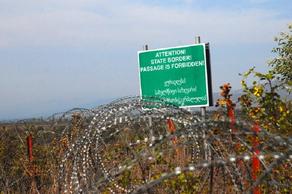 The de facto government has reportedly detained four Georgian citizens in the vicinity of Akhmaji village. The information has been released by the GRU Agency. The detainees, who are facing illegal border crossing charges, have been placed in a pre-trial cell.