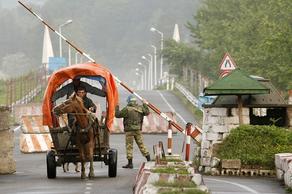 The so-called Security Service informs that the breakaway region of Abkhazia has lifted restrictions on movement of people on the Enguri Bridge.

The de-facto Government of Abkhazia imposed curbs on the movement on the Enguri Bridge on June 27, at 20:00. Reportedly, the cause of this decision were protest rallies in Georgia. In Tbilisi, it was deemed as an unlawful move.