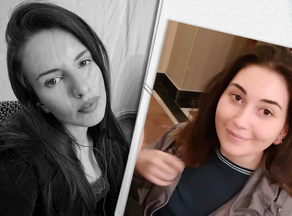 Late Tamar Bachaliashvili's friend Dea Kapanadze says that the family's accusation against her that she is concealing something is not close to the truth.

In Kapanadze's words, Bachaliashvili gave away her secret by telling her years ago that she tried to take her own life. However, they did not go into detail back then.

"I have no idea why they are blaming me. This is very difficult for me as it affects my mental health. I did my best to ignore their accusations. I know their daughter has died, and I do take this close to my heart. I told everything I knew to the police. I have not changed my testimony five times. I just tried to recall all the minutest details. In my first testimony, I said that the possibility of her committing suicide was excluded. However, later when we found her dead, I changed my mind.

Two or three years ago, when we were sitting in a balcony, she shared her secret that she attempted to commit suicide. I was happy as she disclosed such an important secret; I was happy, for I had a real friend. I did not want to exacerbate the situation and refused to ask for more details," Dea Kapanadze said.

Deceased 23-year-old Bachaliashvili's family claims that Dea Kapanadze is scared and is looking for a lawyer.

Bachaliashvili was found dead in her own car on 22 July in the village of Tetritskaro. The investigation into the case is in progress under the article envisaging unlawful deprivation of liberty and driving to suicide.

On 4 August, the young programmer's family staged a rally outside the US Embassy in Georgia and demanded that the FBI be involved in the investigation. The representative of the Embassy later met them and explained that the state only could have put forward this demand.

It has become known today that the FBI refused to get involved in programmer Bachaliashvili's case.