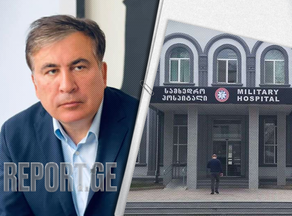 The Ministry of Defence of Georgia has released information and video footage showing the existing situation in the Gori Military Hospital.

Following the Defence Ministry, the hospital is staffed with different highly-qualified doctors and equipped with the latest equipment, meeting modern standards and norms in the field of medicine.

The state authority says that various departments operate in the hospital, which serves both militaries and civilians around the clock.

Justice Minister Rati Bregadze has offered Mikheil Saakashvili to be moved from the prison facility to the Gori Military Hospital.

After the decision was publicized, Droa leader Elene Khoshtaria called off the hunger strike and was hospitalized.


If you find out orphographic mistake in the text, please select mistaken part of the text and press Ctrl + Enter.