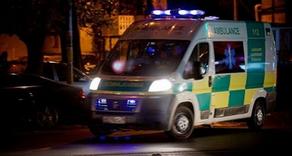 New details have emerged on the Bagebi shooting incident. Two injured men have reportedly been taken to Khechinashvili Clinic.

Experts and criminologists are still on the scene. Witnesses say that some people were wounded after a bloody altercation, which occurred here a while ago.

The investigation has been launched under Articles 117 and 236 of the Criminal Code of Georgia, envisaging intentional infliction of physical harm and illegally purchasing, storing, and carrying firearms.