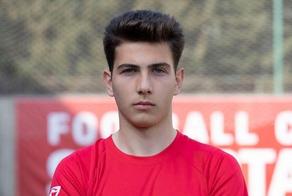 "After four days of search operations, the divers found Giorgi Shakarashvili's body in the water," the Emergency Management Agency of the Ministry of Internal Affairs reports about the incident.

"During this period, 70 firefighters, seven boats and two special boats were involved in the search, scanning the seabed. The field headquarters from which the search was conducted operated non-stop. All the necessary equipment was mobilized on the spot, including thermal drones, which monitored the area.

On June 19, at about 11 o'clock, the family applied to the Ministry of Internal Affairs, saying that Giorgi Shakarashvili was missing. The police, together with the rescue service, started searching as soon as they received the message," the statement reads.