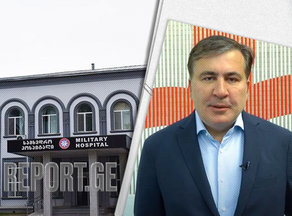 Tengiz Tsuladze, a member of the panel of doctors under Georgian Public Defender Nino Lomjaria, says that ex-president Mikheil Saakashvili is stable.

In the doctor's words, Saakashvili can both speak and walk but is weak, which was expected.