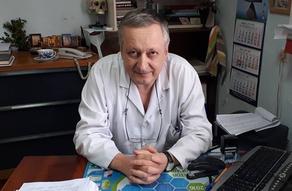 An 18-year-old girl died at Rustavi Central Hospital. The young girl was going to undergo nose surgery, but died before the operation. Family members blame doctors for the incident.

According to David Gogodze, Deputy Director of the hospital, the patient developed a severe anaphylactic shock soon after she was anesthetized  as a result of which it became impossible to save her despite the efforts made. The girl’s heart stopped.

David Gogodze said that the patient was pre-tested and the family was informed about it. She had no reaction to the test.

“Unfortunately the 18-year-old girl died. It was a planned operation. Severe anaphylactic shock developed immediately after anesthesia. Despite the efforts she could not be saved. The operation did not start. Of course, a pre-test was done. Family members knew that it was done, they saw it, and saw that it had no reaction. We always show results to family members. There is no guarantee that the shock will not develop.  Should we be sure in it the disease would not exist at all. I do not see physician misconduct at the start or in the process. The reanimation lasted for a long time and was followed by the interim result, but later the body could no longer survive and finally the heart stopped. The shock started after the very first drop of Novocaine. It lasted about 10 hours. The death was reported approximately at 12 pm, ” stated David Gogodze.

The Ministry of Internal Affairs of Georgia has launched an investigation under the Article 116 of the Criminal Code of Georgia, which means Involuntary manslaughter.