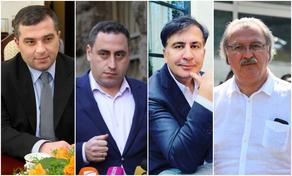 Per the Edison Research survey results, 25% of respondents deem Davit Bakradze the most suitable PM candidate for the opposition coalition in the event that they emerge victorious in the elections.

When the survey was conducted, the only official candidate for the prime minister's post was Giorgi Vashadze.

Respondents involved in the survey support the opposition and are against the Georgian Dream retaking the helm of the country.

The United National Movement nominated Saakashvili for the post of the prime minister on Sept 7. Davit Bakradze and Grigol Vashadze were not nominated.

The Edison Media Research Inc held the survey on 25 August-7 September following the order of the Formula TV Company. A total of 2,850 respondents were involved in the opinion poll survey, the deviation of which is+ - 2.0%.