Editor of Kronika Plus newspaper issues information on Saakashvili's whereabouts

Editor of Kronika Plus newspaper issues information on Saakashvili's 28 December, 2021  00:12 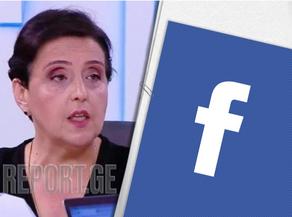 Editor of Kronika Plus newspaper Eliso Kiladze says in her social media post that Georgian ex-pres. Mikheil Saakashvili is at the Gori Military hospital, and Ombudsman Lomjaria has visited him.

''We have found out why they refused to let the doctors in.

Giorgi Chaladze is there, and I am in touch with him.

As it appears, they tested public's reaction,'' Kiladze wrote.

Doctors were denied access to the Gori Military hospital today.

Mikheil Saakashvili was detained on Oct 1. He was moved to the Gori Military hospital on Nov 20.