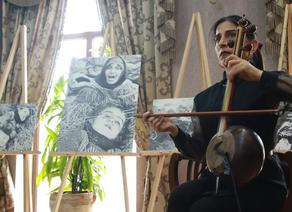 The Embassy of the Republic of Azerbaijan in Georgia, the Integration Center for Azerbaijanis of Georgia, the Azerkitab Book Center, and the Mirza Fatali Akhundov Museum of Azerbaijanian Culture held an event in memory of the victims of the bloody tragedy of the Karabakh conflict, Khojaly.

At the event, which opened with a minute of silence, Dursun Hasanov, the ambassador of Azerbaijan to Georgia, Leila Aliyeva, the Director of the museum, Aygul Isayeva, the Executive Director of the Integration Center for Azerbaijanis of Georgia, and others addressed the representatives of different fields.

In their speeches, they noted that 28 years passed since the tragedy of Khojaly, and this is one of the worst days for Azerbaijan.

They remembered the events of 1992 once again and honored the dead and the captives, with their families.

On the night of February 25-26, 1992, Armenian armed forces, with the help of the Russian 366th Regiment, attacked the town of Khojaly, which had been under siege for several months before. A large-scale artillery bombardment preceded the raid, which began on the evening of February 25. As a result, a fire broke out that affected the entire city by 5 o'clock in the morning on February 26. The remaining 2500 people in Khojaly fled to Agdam, the nearest settlement hoping they would survive. However, the Armenian formations did not give them a chance.

According to the official statistics of the Azerbaijanian side, 613 civilians got killed with extreme brutality, including 106 women, 63 children and 70 elderly. 1275 civilians got captured, while the fate of 150 people, including 68 women and 26 children, is still unknown. 475 people suffered from various injuries. Eight families got killed entirely. Twenty-five children lost both parents, and 130 lost one of them.