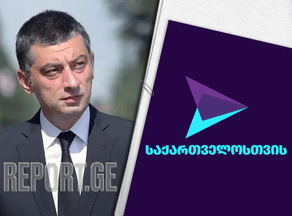 For Georgia party Chairperson Giorgi Gakharia asserts that the Samkharauli Forensic Bureau has been contriving a scheme against him, which is why he plans to undergo a drug test abroad.

In Gakharia's words, he has verified information that a scheme was hatched against him concerning the drug test planned by the ''Georgian Dream bosses.''

''We plan to fly to Europe to do a hair analysis at the international laboratory, which is the most trustworthy and keeps data for a long time. The results will arrive in two weeks as far as I am concerned, and they will, obviously, be public,'' Giorgi Gakharia declared.

Georgian Dream mayoral candidate Kakha Kaladze has passed a drug test and noted that no traces of drugs had been found in his system. He called on his colleagues to follow suit.

Georgian Dream Chairman Irakli Kobakhidze said that he would no longer have questions if the former PM and current mayoral candidate Giorgi Gakharia agreed to undergo the drug test that very day.

UNM Chairman and Tbilisi mayoral candidate Nika Melia said that he has no problem with undergoing medical examination and he had repeatedly done so before.