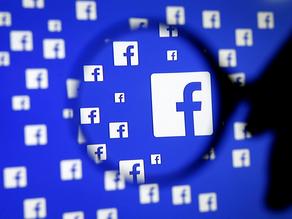 On 20 December, Facebook removed 39 accounts, 344 pages, and 13 groups in Georgia. Facebook made this decision after determining that these pages were used by owners of fake accounts.

"Today, we removed 39 Facebook accounts, 344 Pages, 13 Groups and 22 Instagram accounts as part of a domestic-focused network that originated in the country of Georgia. The people behind this activity used fake accounts — some of which had been previously disabled by our automated systems — to increase engagement on their content and manage Pages. These Pages posed as news organizations and impersonated political parties, public figures, activist groups and media entities. The Page admins and account owners typically posted about domestic news and political issues such as elections, government policies, public officials, criticism of the opposition and local activist organizations. Although the people behind this activity attempted to conceal their identities and coordination, our investigation linked this activity to Panda, an advertising agency in Georgia, and the Georgian Dream-led government.

We also removed 610 accounts, 89 Facebook Pages, 156 Groups and 72 Instagram accounts that originated in Vietnam and the US and focused primarily on the US and some on Vietnam, Spanish and Chinese-speaking audiences globally," the Facebook statement reads.