Family members report about the prisoner injuring himself

Family members report about the prisoner injuring himself 26 February, 2021  21:17 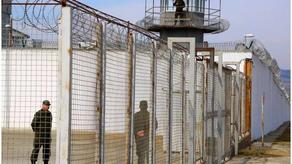 According to the family members, a 35-year-old prisoner injured himself at Kutaisi Penitentiary Establishment #2.

The wife of prisoner Zaza Chapidze, Nino Meparishvili, who is also the lawyer of the accused, revealed that he has injuries on his abdomen and hands.

Nino Meparishvili says that the accused resorted to an extreme form of protest after requesting to be taken to a clinic due to illness but was refused. The wife says the 35-year-old man with open wounds is still in the cell now and is not being taken to a medical facility. She said the patient has venous thrombosis, and the condition is noteworthy.

The family suggests that the prisoner is not taken to the hospital by order of the prosecution because they want him to have a serious health problem.

The prisoner's wife appeals to the Public Defender for help.

Zaza Chapidze is serving his sentence for the murder that took place in Tkibuli in 2020. According to Meparishvili, the prisoner is innocent and is charged with a crime committed by someone else.