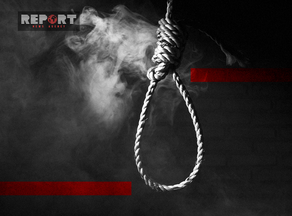 Family of Zurab Choniashvili, who died in Kutaisi does not believe in suicide. Choniashvili's wife says her husband had no problems and that he would not kill himself.

“With his character it was impossible to commit a suicide. In the morning he was cleaning the baby's carpet wile talking to me. I can’t believe that he suddenly decided to kill himself. I guess this is not a suicide. It is also unclear who killed him", Nino Chonishvili, who flew in from Greece this morning, told reporters.

A young man was found in Kutaisi in his house yesterday. Chonishvili was found hanged by his neighbor.