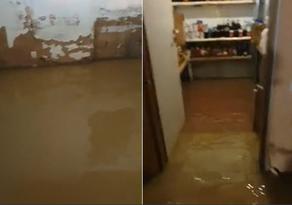 Father Andria's Foundation has been flooded in Tbilisi again.

Heavy rains have caused major flooding over parts of Tbilisi. Some Didi Dighomi streets were reported flooded, with vehicles stuck in a flood.

A bus was also stranded in heavy floodwater after extreme precipitation events.