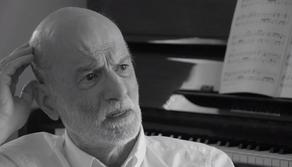 Kobakhidze was laid to rest amid applause from the Kashveti church where his civil funeral was taking place.

Mikheil Kobakhidze died at the age of 80 on October 13 due to illness.

The documentary film Lost Eight and Half was shot based on Mikheil Kobakhidze by directors Lasha Otkhmezuri and Vakho Varazi in 2019. The authors dedicated their work to the director's 80th anniversary. The main character of the film is Kobakhidze who tells the audience about his work.

Mikheil Kobakhidze was the father of film actor Gega Kobakhidze, who was shot on October 3, 1984, at the age of 23.