Flag raising ceremonies held in different departments of the MIA 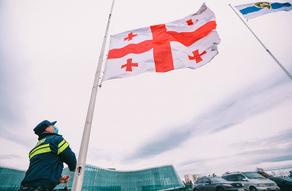 January 14 is the State Flag Day in Georgia. The flag-raising ceremonies were held in various Ministry of Internal Affairs departments.

The five-cross flag of the state of Georgia was restored on January 14, 2004.

The flag is the national symbol of Georgia, together with the coat of arms and the anthem.