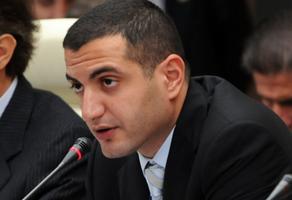 Former Defence Minister and Formula TV company founder, Davit Kezerashvili, has responded to the recently filed lawsuit by the Defence Ministry of Georgia.

Kezerashvili says that he proved right: Ivanishvili really pulled the strings and made the Supreme Court render a guilty verdict against him.

In Kezerashvili's words, the key component of the entire plan has surfaced after Ivanishvili's government filed a civil lawsuit against him. ''We know they plan to seize my shares in the Formula TV Company, and according to information we have, close it eventually.

The entire plan is now clear _ Being afraid of expected failure in the elections, they have attacked critical media outlets.

In addition to the smear campaign against the independent media and physical assaults, they now plan to silence Formula TV Company and other media outlets.

Our public will defeat them on polling stations and in the European courts, everywhere!

Today, they target the freedom of speech, but this fight will produce irrevocable consequences for Ivanishvili and the ruling party!

The ruling clan deems Formula's cooperation with Edison Research as especially threatening, and they fear very reliable exit poll results to be broadcast by Formula TV at 20:00 on 2 October.

The independent media will perform its duties anyway and tell the country the truth on the referendum day!'' Kezerashvili said, adding that no one can strip people of the right to freedom of speech. ''If you close Formula TV, new Formula TV will emerge! You cannot win the fight against freedom of speech,'' he declared.

The Ministry of Defence has earlier lodged a lawsuit before the court against Formula TV owner Davit Kezerashvili urging him to provide compensation for alleged appropriation of more than EUR 5 mln.

Zuka Gumbaridze, the Director-General of the Formula TV Company, said that after Edison Research survey results were broadcast Monday and the public saw that the Georgian Dream failed, in fact, to overcome the 43% barrier, they carried out a new attack against the TV company.

The Georgian Charter of Journalistic Ethics has also published a statement saying that filing a lawsuit against Formula TV owner Davit Kezerashvili two days before the elections and its Director-General's claim that the TV company's property may be seized may serve the purpose of hampering the activities by the media outlets that pass criticism upon authorities.

The Tbilisi City Court said in its statement that information saying that it has seized the Formula TV company's assets is not close to the truth.