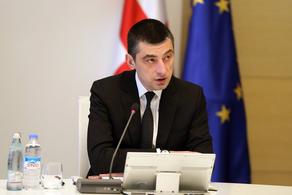 “The state, the Government and the relevant agencies are actively working on the case of the detained doctor Vazha Gaprindashvili, who is held in custody by the de facto Government of Tskhinvali region”, Giorgi Gakharia, the Prime Minister of Georgia stated at the Government session.

The Prime Minister said that the Government is using all international instruments.

"We are taking steps that are necessary in such a difficult situation, the specifics of this process must be taken into consideration", Gakharia said.