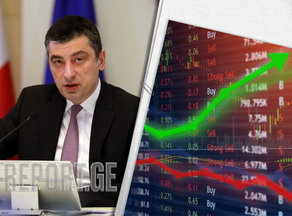 "Firefighters, police, doctors, teachers, these are the people the state relies on; we will do everything to ensure that their salaries and social security are decent," the Acting Prime Minister of Georgia Giorgi Gakharia said in Parliament while answering the question of MP Kakhi Kakhishvili.

According to Gakharia, the public servant and the governing system will be at the center of the government's attention.

"When we talk about the public servant and the governing system being in the center of attention, we are, first of all, talking about the systemic functions and services. These areas include the police, the army, the health care system, and the teachers. These are the areas which are included in next year's budget, meaning the increase in salaries. As you know, we have increased the salaries of some representatives of this field this year," said Giorgi Gakharia.