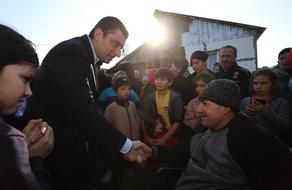 We have already advertised the tender. After the tender winner is chosen, the construction works will start to be completed in 18 months. The new school, kindergarten, and playground will be built on the second stage”, – stated Gakharia.