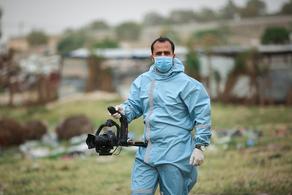 On March 21, Georgia celebrates the Day of Georgian Journalism.

The date was established in 1993 jointly with the Federation of Journalists of Georgia and Tbilisi State University.

It was on this day, March 21, 1819, that the first Georgian newspaper was published. Initially, it was called "Newspaper of Georgia," and then - "Georgian Newspaper."

Report.ge congratulates journalists on the day and wishes them success.