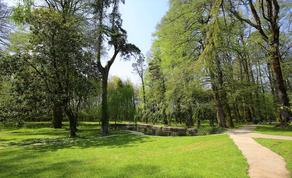 As part of the Renewed Regions program, a special commission on urban development has selected several zones in Georgia’s Guria region, western Georgia.

At the commission in Ozurgeti, the possibilities of developing recreational, park and other types of infrastructures were discussed.

Minister of Infrastructure and Regional Development of Georgia Irakli Karseladze, Governor of the Guria Region Georgy Sakhokia, and representatives of municipalities attended the meeting.

As part of the new program, the Park of Culture and Rest in Ozurgeti and the adjacent territory will be rehabilitated, it was also decided to equip the central square in Chokhatauri and improve Dumbadze Street. In addition, in Lanchkhuti, it is planned to rehabilitate the main square, the central park, and the adjacent territory of the entrance junction in Lanchkhuti from the highway.

After Guria, the meeting of the special commission will take place in Adjara and Eastern Georgia.