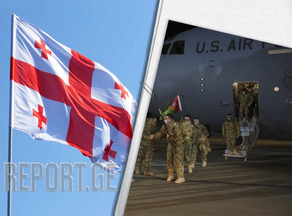 The 13th battalion of the 1st Infantry Brigade of the Eastern Command of Georgian Defense Forces has completed the NATO-led Resolute Support Mission in Afghanistan and returned home.

They thanked the soldiers for their service and congratulated them on their safe return to the homeland.

The 13th battalion of the 1st Infantry Brigade has performed the NATO-led Resolute Support Mission for six months at the Bagram Airfield base. The key objective of the mission is ensuring security.

The 32nd battalion has now replaced the 13th and continued fulfilling the mission.