Georgian sailors stuck in Oman are asking for help 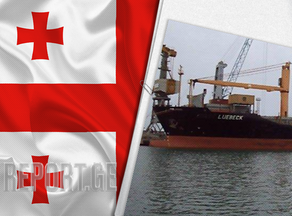 Fifteen Georgian sailors in Oman are asking for help. For the third month in a row, they have not been able to leave a ship stuck in port.

Sailors say the ship's water, food and medicine supplies are out. Their main demand is to return to their homeland in time.

"There is no food, no water, no medicine on board; because of this, four people needed medical help. There are 14 people left on the ship, all of them in serious condition. We informed the embassy about the problem on December 25 and were promised that it would be solved in the coming days, but they have not been able to do so," sailor Zura Turmanidze stated.

The Maritime Transport Agency says they are working with all parties involved, including sailors, shipowners, cargo owners, and agents in Oman.

The ship's crew consists of 24 members; 15 of them are Georgian citizens; they have been deprived of their passports and documents about two months ago, due to which they are not allowed to travel in Oman. The reason is a legal dispute between the cargo owner and the relocating companies.