Georgian side does not confirm delay on Turkish cargo 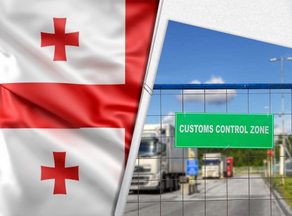 The Revenue Service of the Ministry of Finance of Georgia states that the information spread in the Armenian media regarding the Turkish-Georgian border incident is not true.

As the Revenue Service informed report.ge, all customs checkpoints in Georgia are working smoothly, and no incidents have taken place.

The Armenian media reported yesterday that Georgian citizens, an ethnic Armenian, blocked the Turkish-Georgian border and hindered cargo movement from Turkey. According to Armenian sources, the citizens stated that they would not allow Turkish cargo on Georgia's territory until the Armenian-Georgian border closed due to the coronavirus opened.