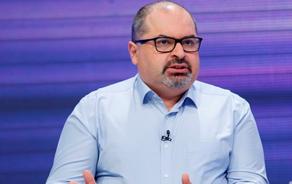 MIA said that 12 protesters were detained following the clashes with police officers.

Demonstrators headed to the GD central office after the MIA publicized the interim opinion on cameraman Lekso Lashkarava's death.

The version by MIA of how Lekso Lashkarava died is inadmissible, according to protesters.

Protests against violent activities have been underway outside the parliament for two days now.