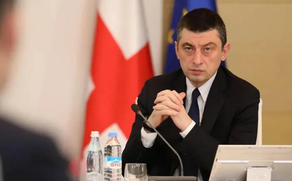 Starting from April 30, Georgian Public Broadcasting will have live lessons for school children.

Giorgi Gakharia, the Prime Minister of Georgia, revealed the news at the meeting of the Coordination Council.

According to the head of government, the joint initiative of the Ministry of Education and Public Broadcasting is an important step forward in the times of the pandemic.

"As you know, the educational process is suspended. The state of emergency got announced until April 21, but if we evaluate the situation objectively, there is a chance that the studies will continue at the end of April, but there is also a chance that the process will not continue," Giorgi Gakharia said.

According to Resolution 181 of the Government of Georgia dated March 23, the educational process got postponed until the state of emergency, in particular, until April 21.